Solar energy for your business or industry | Teplocil

Solar energy for your business or industry

Advantages of PV plant for self-consumption

No bureaucracy, no need to spend months on obtaining the approval from the utility company. PV system is easily integrated into the existing electric power system.

PV system is completely automated. You just track your energy production via a convenient app and rejoice at your economy.

Funds saved can be invested in the development of your business and used to increase your income.

PV system gains your business a positive public image that represents it as sustainable and attracts more customers.

You always can increase your PV system output or upgrade the plant. 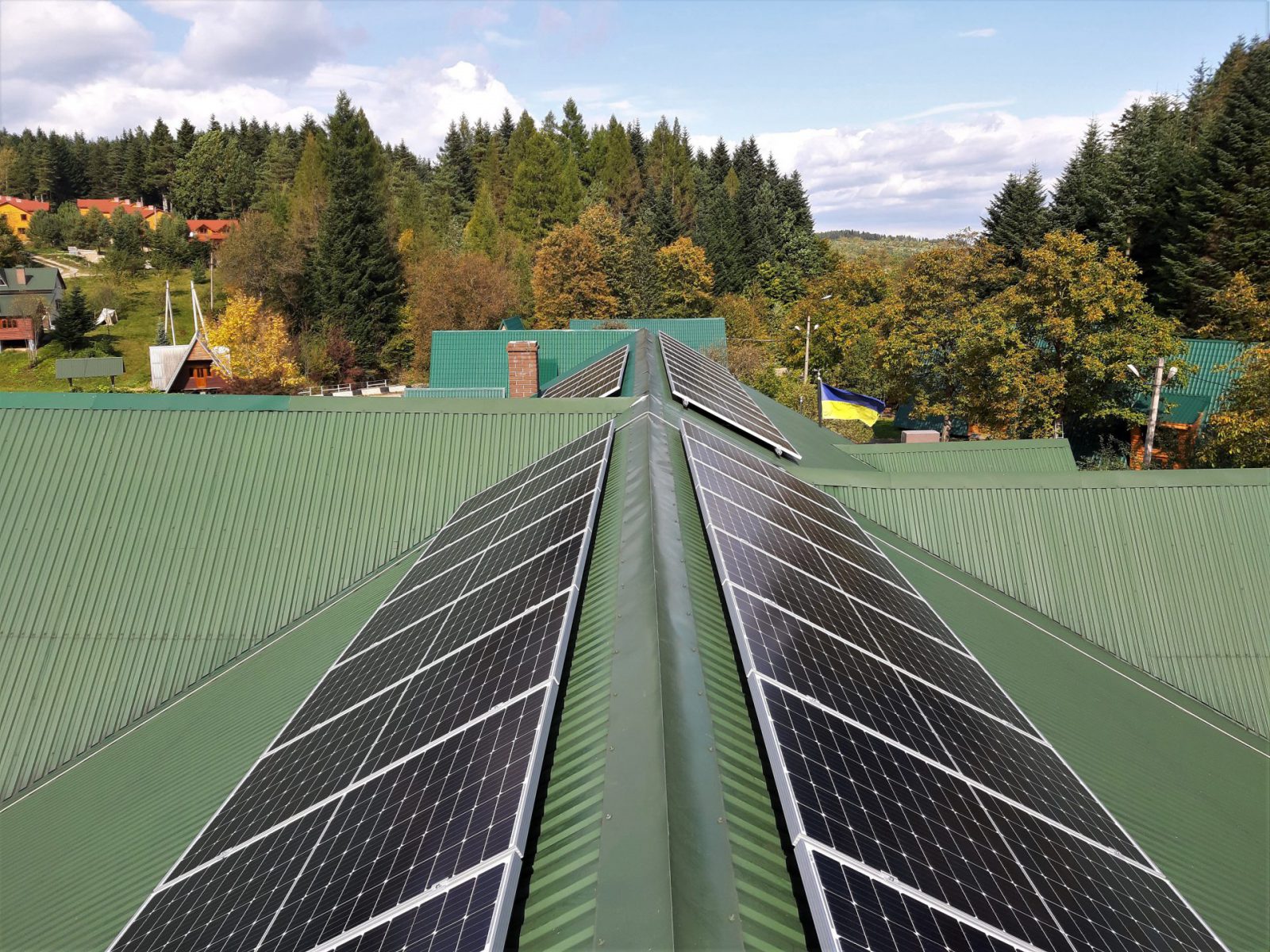 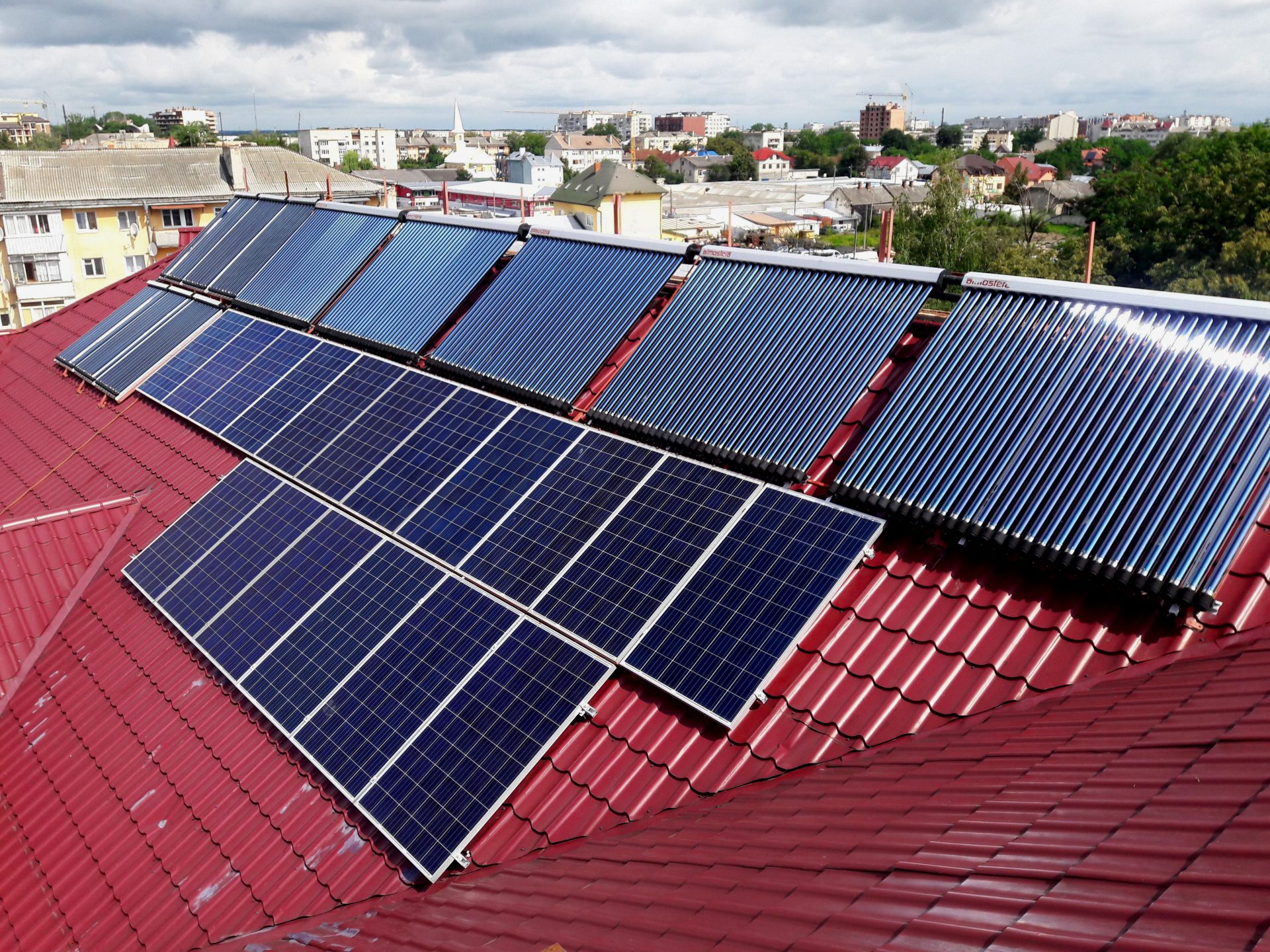 The cost of electricity is gradually rising in Ukraine, and it will continue to slip closer towards European level. It poses a new challenge for businesses – to maintain a certain level of profitability under conditions of continuously rising expenses. For such cases, the engineering and installation center “Teplotsil” has a comprehensive solution – a grid-tied PV system for self-consumption that will allow you to cover 40 to 70% of your business’ electricity needs and considerably save on electricity bills thereafter.

All over the world, PV systems for self-consumption are gaining popularity. They become a solution for agriculture businesses, industries, shopping malls, fuel stations, car washes and other commercial entities. We offer you to minimize the cost of electricity and increase your business’ profitability using solar energy. 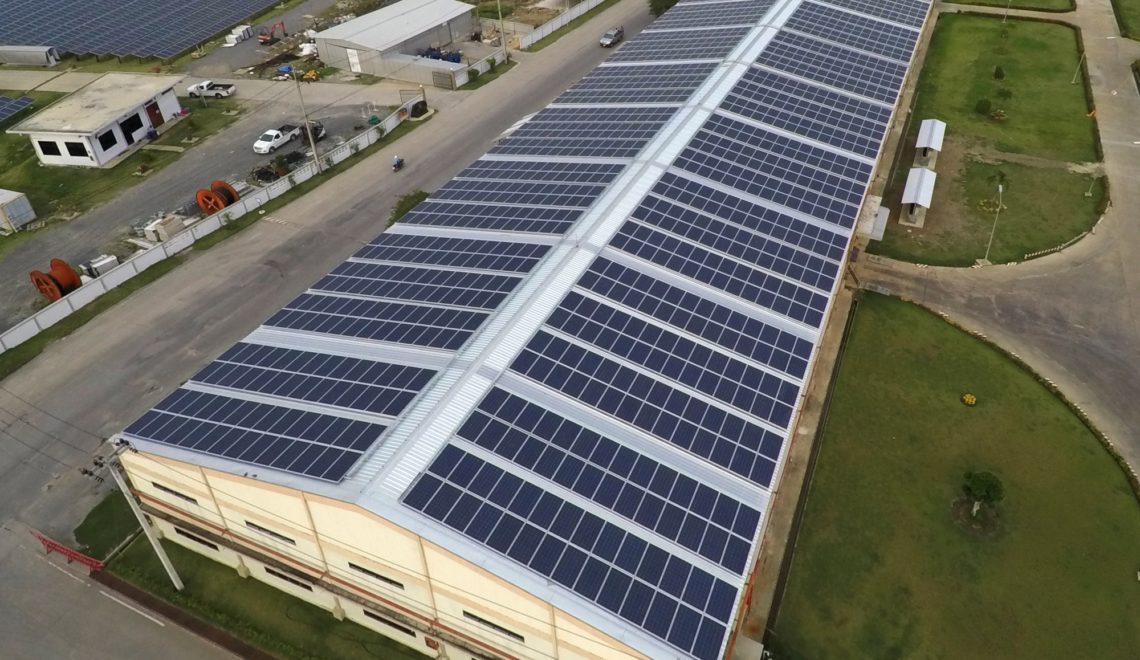 How does solar energy help your business?

A PV system or solar power plant for self-consumption helps businesses owners reduce electricity costs by 40 to 70% using their own energy source. In Ukraine, like in the whole world, there is a tendency of increase in tariffs. Even insignificant price fluctuations in the electricity market may impact your finances considerably. Owning a PV plant gives you control over electricity bills, ensures your company’s competitiveness and provides confidence for the future. Businesses benefit from using as little electricity from the utility grid as possible and using their own solar power instead, while cutting their electricity bills and improving profit margins. Funds saved in this way can be spent on developing your brand and increasing your income.

By building a PV plant for self-consumption, you obtain a stable energy source for years to come. Considering the service life of PV systems, which is more than 25 years, this is an advantageous solution for long-term investments. An average payback period of a PV system is 5 to 6 years, and upon the expiry of this term, the plant turns into a free power source allowing you to cover 40-70% of your consumption.

For most businesses, the main benefit of implementing this solution is a financial impact. How Ho H However, an increasing number of companies take interest in a combination of environmental, financial and marketing impacts. In this way, a PV system for self-consumption also improves your public image by shaping a positive vision of your business as sustainable, which is guaranteed to help you attract more customers. A solar power plant for self-consumption is a perfect way to outperform the competitions and achieve maximal energy efficiency.

How to calculate a PV system for self-consumption

First of all, let us figure out two key terms that directly determine the yield and payback period of a solar power plant: PV system self-consumption and self-sufficiency.

If you choose a PV system that is too big, then self-consumption will be low, meaning most of electricity simply will not be used. Accordingly, the PV system payback period will increase, as the cost of the plant will be higher and consumption of produced electricity – lower.

In case of choosing a PV system that is too small, self-sufficiency will be low, in other words, the amount of power supplied by the plant will be small.  Thus, it is worthwhile to design a PV system of an optimal size, which requires taking into account a load profile – how much energy is consumed at certain hours.

Note that a load profile never coincides with a solar plant output. It means that, if your PV system generates 80 000 kW*year, it will never consume as much, because the consumption peak and the generation peak are always different. So, a solar power plant must be designed such that its output is optimal and that it provides the best self-consumption and self-sufficiency rates.

Let us consider an example of calculating a PV system for self-consumption.

Based on these figures and taking into account the load profile of the petrol station, we calculate, using a special software, an optimal configuration of a PV system. In this case, it will be a solar power plant with the power output of 28,8 kW. The cost of such plant will be $19 800, its yield will amount to 27 921 kW*hour. Let us consider the self-consumption and self-sufficiency rates obtained from the calculation and presented in the chart below.

If electricity tariff is 3.24 UAH per 1 kW*hour, without regard to annual price rise, economy will be as follows:

If we take into account annual increase in electricity tariffs by minimum 10%, the payback period will be 5 years.

Thus, the PV system will pay off within 5 years, whereafter it will ensure your stability and let you save thousands of dollars during the next dozens of years!

What we can offer you

A photovoltaic system for self-consumption is a set of equipment that generates electricity from solar radiation and provides it for the consumer’s current needs. A PV system must be designed such that it best meets the power consumption, meaning the volume of electricity produced is nearly equal to the volume of electricity consumed. Our goal is to provide an individual solution to maximize the amount of energy consumed and shorten the payback period. We aim to offer our customer the best value for money.

The team of the engineering and installation center “Teplotsil” is committed to offer every customer an optimal solution to their task to help economize and get a long-term profitable project. The process of ordering a solar power plant is maximally easy and transparent for a customer and ensures constant communication with our team at every stage of it in case any issues arise.